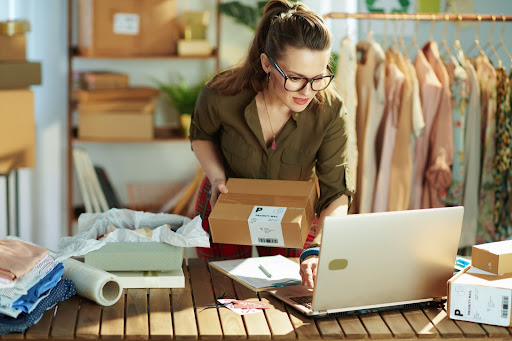 A Guide to Paying Quarterly Taxes

By Lawrence IsraeloffMay 24, 2022No Comments

Most workers attend to their federal income taxes once a year, when tax returns are due on or about April 15. For regular employees, the payment of taxes is made through withholding from their paychecks, which is handled by the employer.

Workers can adjust the withholding amount from their checks by providing the employer with a W-4 form.

Not so for freelancers and the self-employed, as well as businesses defined as S corporations, partnerships, and sole proprietorships. Since taxes aren’t withheld from their earnings or sales, the IRS requires these taxpayers to make estimated quarterly payments. This means a payment, either by mail or online, to the tax agency four times a year. Payments can also be made over the phone.

What are Estimated Taxes?

By IRS rules, estimated tax payments are required if a worker expects to earn at least $400 from self-employment in a calendar year or to owe at least $1,000 in federal income tax for that year.

In addition to the self-employed, sole proprietors, partners, and S corporation shareholders are required to estimate their tax bills and make the quarterly payments. States that levy income tax have their own rules and guidelines on paying estimated quarterly taxes. In most cases, the due dates for these quarterly payments are identical to the federal timeline.

The IRS exempts full-time US citizens or residents who had no tax liability in the previous calendar year from paying estimated taxes. This holds even though these taxpayers may expect to meet the income and tax thresholds for the current year.

Those expecting to pay estimated taxes use IRS Form 1040-ES to calculate the amount of the payments. The taxpayer uses the form to figure the expected gross income from self-employment, as well as the taxable income, deductions (standard or itemized), credits, and tax due. Many self-employed workers have earnings that vary from one month or week to another. If the total income for the year is challenging to guess or calculate, they’re supposed to use the prior year’s earnings to calculate the amount due. As with those regularly employed, any overpayment of estimated tax is reconciled on the annual return and is then refunded by the IRS.

If the earned income changes significantly, and it seems the original 1040-ES calculation is not going to come up with an accurate accounting of the taxes due for the year, the analysis can be redone with the new numbers, and a new estimated balance owed arrived at for the remaining quarters.

The IRS provides payment vouchers for mailed-in estimated payments on Form 1040-ES, which can be downloaded and printed from the IRS website. This form serves as a complete guide to estimated taxes for individuals as well as businesses.

The vouchers can be clipped and mailed in with a check or money order. Form 1040-ES also includes a tax computation worksheet, as well as a table that can be used as a record of payments made.

Due dates for the estimated payments are April 15, June 15, September 15, and January 15 of the following calendar year. When completing the annual tax return for the April 15 deadline, the taxpayer enters the total amount of estimated taxes paid, then deducts that total from the tax due. The series of four smaller payments made throughout the year should considerably lessen any amount due on April 15, just as paycheck withholding lessens the tax bill for regular employees and often results in a refund due from the IRS.

As an alternative to mailed payments, taxpayers can set up an online account with the IRS website. These accounts are a convenient way to pay directly from a checking account or debit card, as well as a way to keep track of any past taxes due and payments already made for the year.

Payment can also be made over the phone or via a mobile device. IRS2Go is the official mobile app of the IRS. Once downloaded to a phone or device, the app can track payments as well as the status of any refund due.

Taxpayers who don’t bother to calculate and pay estimated taxes may incur IRS penalties for underpayments. If the estimated tax is paid late, and even if a refund from the IRS is due, penalties may apply.

The penalty is based on the amount of tax shown on the annual return, the period when the underpayment was due, and the interest rate for underpayments, which varies each quarter and is available in IRS publications.

Interest is also charged on these underpayment penalties and continues to accrue until the overdue tax is paid in total. If a penalty and/or interest is due, the agency will send a full explanation and a bill in the mail.

In addition to the many forms and publications, the IRS can provide assistance by phone or via its mobile app. But communicating with the agency can be difficult and time-consuming. During busy periods the agency may not accept phone calls, and websites can be shut down for technical reasons.

For taxpayers or businesses seeking professional assistance with estimated taxes or any other tax-related issue, it’s wise to contact a skilled and experienced attorney well-versed in the intricacies of the federal and state tax codes. The Law Offices of Lawrence Israeloff offer valuable solutions to business, financial, legal, and tax matters. As an experienced attorney and certified public accountant, Lawrence Israeloff also consults on trusts and estate planning, and business management. The firm has assisted thousands of families and New York businesses in navigating the complex federal, state, and local tax laws and business regulations.

Share Tweet Share Pin
Estate planning is not just for “the wealthy.” Good estate planning often means more to families with modest assets, because they can afford to lose the least. Free E-Book Download

The information you obtain at this site is not, nor is it intended to be, legal advice. You should consult an attorney for advice regarding your individual situation. We invite you to contact us and welcome your calls, letters and electronic mail. Contacting us does not create an attorney-client relationship. Please do not send any confidential information to us until such time as an attorney-client relationship has been established.